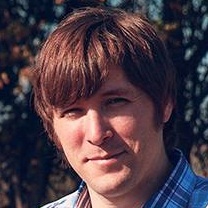 Today, I am excited to announce that Joel Watson will be our ContentBox Evangelist.  Joel has been contributing to not only ContentBox but ColdBox for many years and his enthusiasm for the projects and great ideas have really made an impression on the software that we all use today.  With that and many other collaborations, Joel has agreed to be even closer to this project and bring forth even more ideas for the future.  We are excited he is participating and on-board this great adventure.

Joel grew up in the oh-so-populous state of Wyoming (yes, it is a real state). After surviving harsh winters, incessant wind, and rabid antelope, he went on to major in Theological Studies at Oklahoma Wesleyan University, and later received his M.A from Asbury Theological Seminary. Lacking the stomach for a life in academia, he decided one day to â€œdo websitesâ€, and thus began his foray into the world of web development. Today he lives in the Kansas City area with his wife and two daughters where he spends his waking moments coding, playing guitar (badly) and watching Doctor Who, cheesy sci-fi and anime.

After receiving his first job as a web designer, Joel was introduced to ColdFusion MX7 and fell in love with the fact that he no longer had to use a Lorem Ipsum generator to fill in his designs with data. He dove into ColdFusion with a fury, and has never looked back.

Beyond ColdFusion development, Joel is also very active in the Sencha Ext JS community. In addition to regular entries on his blog and his trolling of Stack Overflow, Joel has also had the privilege of being a technical reviewer on two recent publications relating to application development for Ext JS 4.

History In the *Box

While he meddled with a few frameworks over the years, Joel first experienced ColdBox as a result of on-the-job training which occurred his second week on the job at his current employer. The depth of functionality and especially the built-in ORM services won him over, and since then Joel has been an active contributor to the framework.

Joelâ€™s first experience with ContentBox came as a result of a development contest. During the process of developing his entry, Joel really fell in love with the platform and has since been very active in contributing code and support to ContentBox.

The Future of ContentBox

The future of content management is a move away from enabling content authors to mimic Word, as well as an expansion beyond the boundaries of â€œpagesâ€ on a website. The future, rather, is an embrace of content of all sizes and shapes and configurations, as well as a realization that this content will be published in myriad ways--from websites, to mobile devices, and even to smart watches...as well as whatever new medium is born tomorrow.

Joel wants to see ContentBox meet this challenge proactively and innovatively. With its strong foundation already in place, Joel sees opportunities for ContentBox growing beyond the boundaries of the â€œtypicalâ€ CMS, evolving into a platform capable of serving up content for the simplest blog to highly complex mobile apps. He wants to help ContentBox open up to provide richer APIs for developers to create amazing applications for all platforms and devices, while also expanding the existing toolset to provide even more powerful ways to create and publish content. Joel also sees great potential for ContentBox as a powerful addition within the enterprise, and is looking forward to working on development and support for enhancements such as workflows, collaboration tools, synchronization options, and much more. Needless to say Joel is excited to get started and canâ€™t wait to see what the coming year holds in store for ContentBox!

Congratulations Joel! Tristan showed me this. I've been delving into ColdBox lately. It's an incredible framework. All the best and Go Cats!