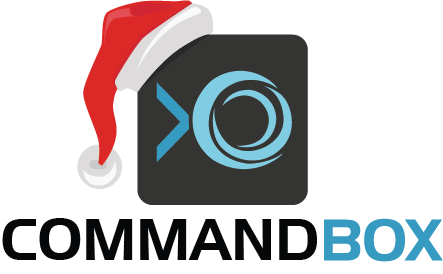 In today's The 12 Tips of (CommandBox) Christmas we're going to discuss Docker. Containers are changing how the world deploys apps and services for development and production.  With Docker you don't need to ask around to find a good ColdFusion hosting company.  All you need is a company who supports Docker and you know you can deploy there.  Docker requires a shift in thinking though.  Smaller, transient servers that you don't install every time.  Portable configuration and flexible deployments based on text configuration files and environment variables.  Hey, that sounds right up CommandBox's alley!

We've got an app for that

We provide an official CommandBox-based Docker image, which allows you to leverage its capability to orchestrate live servers in multi-tier deployments.  Everything that CommandBox brings to the table, including the ability to start Adobe and Lucee servers, portable configuration via CFConfig, and using environment variables to control your deployment translate directly from your desktop right into the container cloud.

We've been talking about server.json and CFConfig so far and you can bring all of that knowledge along into Docker.  The probability of CommandBox's configuration makes it uniquely suited to use with Docker. CommandBox servers are also lightweight and fast, built on JBoss Undertow so they perform great, even in a production environment!  Our Docker images are the only professionally supported images supporting Adobe CF right now and the only CF images I know of that don't involve messy hacks like copying XML files around.

This section assumes you are using the Official Docker Image.  By default, the directory /app in the container is mapped as Commandbox home. To deploy a new application, first pull the image:

Then, from the root of your project, start with

By default the process ports of the container are 8080 (insecure) and 8443 (secure - if enabled in your server.json) so, once the container comes online, you may access your application via browser using the applicable port (which we explicitly exposed for external access in the run command above). You may also specify different port arguments in your run command to assign what is to be used in the container and exposed. This prevents conflicts with other instances in the Docker machine using those ports:

To create your own, customized Docker image, use our Dockerfile repository as the baseline to begin your customizations.

The CommandBox Docker image support the use of environmental variables for the configuration of your servers. Specifically, the image includes the cfconfig CommandBox module, which allows you to provide custom settings for your engine, including the admin password.

I would love to see Ortus put together a complete, mutli-page and lengthy HOWTO for deploying a website running on Lucee to AWS. I've long considered it, but there are SO many moving parts and, for many of us, a complete unfamiliarity with anything beyond simply using Coldbox.

Hi Will, that sounds like it would be a great guide. I'll make sure and pass this along to the team. We are still working on a lot of our Docker training. Firstly, did you see our Container Roadshow we did back in Sept? We did a full month of blogging and webinars which may help fill in some pieces for you.
https://www.ortussolutions.com/events/container-roadshow-2017
You are right that there is a large amount of information to learn in regards to Docker and there are many many ways to use Docker on many different styles of Docker-based hosts. For that reason, it is difficult for us to create one all-encompassing guide. We haven't produced a ton of general Docker training since the Docker community already has more of that than we could ever create. We've tried to focus on documenting the moving parts that our libraries help out with. If you or your company would like some help with Docker, we do offer professional services. We can do training, consulting, and even on site setups to help your team do a Docker conversion. In fact, we're doing this for several clients right now.